Royal Remington Steel “Remi”,  joined our family in June of 2006, Remi is a faithful companion and is constantly by my side. Even though he is aging and slowing down a little (only a little) he loves adventure and loves to run.  He had an unfortunate accident in April of ’16 and could have bled out, But his strong will and love for his humans keeps him going. He’s actually in better health than some pups half his age. 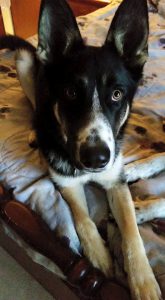 Theo Joined our family in December of 2014. A young pup off the streets of Colorado (about a year old), He and his mother were picked up wandering in a field ( probably chasing Rabbits as he likes to do) and were taken to the local rescue. We found him online and decided to go for a visit. We all fell in love with  “Thumper”, that’s what the shelter called him, and took him home with us. The only thing we thought weird about him was he would not go up stairs of any kind. he was this way for about a week. We have loved him ever since! 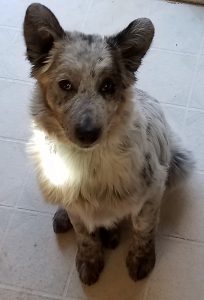 Our little human kid in the house has been wanting his own animal since I can remember, First it was a lizard, then it was a cat then it was a bird, back to a cat and on and on and on. We searched for a long time, we new what kind of dog we/he wanted, but we weren’t gonna pay designer dog prices. We got so very lucky when we found a post on Facebook. For like a week, though, before they contacted us back they researched us to see if we would be good owners for there puppy. Well I am certainly glad they did. We brought Toby home at just 7 weeks of age. He was cute little furball, and now he is almost as big as Remi. 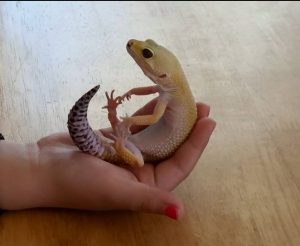 Good ol’ Tangerine really rules the roost. we estimate he is about 11 – 16 years old. his former owners said they had him 6 years or so and we have had him for 6 so not really exactly sure. but he is a great old guy dominating the eyes and harts of all who enter kPlace.