I debated to whether or not to write this post and mark its publishing day back in 2005, but then I thought, this is a memory and How I have it in my head. and that the way it should stay, so I will post it for today.

Today is 13th anniversary of the passing of my best friend Eddie. It was a very sad day for me ( and the family as well). 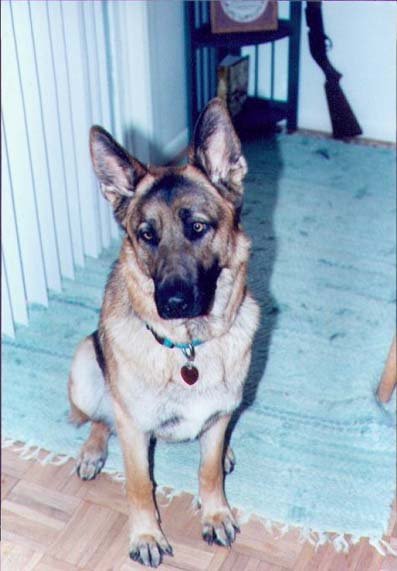 We were having a wonderful Thanksgiving with our family in Omaha Nebraska. My parents were caring for my dogs while we were gone and they went over to feed them. When they got there-there was a siding company there putting new siding on our house, (we were renters at the time). My dad called me and said there are people in your house. I was like whuuuuut?

So he told me they were the siding company, and they had the garage open and were using my power, water and literally inside using my restroom and kitchen.

I called the landlord and asked WTF, He told me that the Company called and said they had a cancellation and they were unable to get a hold of me for approval, (Which is complete BS cause I have my cell phone with me everywhere my job demanded it. And even though we had a home phone, that was forwarded to my cell phone), anyway I said well then the answer should have been no.  I said *John are you aware that is illegal? Even though you own the property you can’t just go in there and do as you please. That is my home that I pay you for. Anyway, long grouchy conversation.

We got home the next day and the siding guys were just wrapping up and leaving.  We got our stuff unloaded and were checking out the house to see if everything was OK. There were broken drywall spots from where the drywall nail came out from the hammering of the siding guys, pictures fallen, Items slid off end tables due to the pounding. 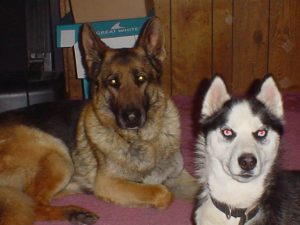 I went and let the dogs out of the pen they were in and let them in the house to have dinner. After they got done eating, I let them out the back door ( like we always do) to go potty, After about an hour, I wondered why I hadn’t heard them at the door. I called for them and didn’t hear anything. I had got a call from the neighbor and he asked if my dog were out cause he thought he saw them. I looked around the fence and saw that the side gate was open. the Siding Company left my gate open….

We searched the neighborhood for a long time, my parents came and helped but to no avail, we called the animal shelter but they didn’t have anything.

Later on, we got a call from the animal control saying that he found Eddie and that he had been hit by a car. Then he asked if we wanted to take him to the vet. I said yes and we met him and the Dr at the vet clinic.

They checked him out and said that his hip had been entirely shattered and they would not be able to put it back together. With my Dad by my side, I made the decision to put him to sleep. One of the hardest things I ever had to do. I didn’t even tell the kids I did that until years later. I just told them he got hit by a car and was gone.

I came home broken-hearted, and Kyia was still missing.

The Siding Guys came the next morning and Mer just layed into them about there negligence. It was an ass ripping like I have never seen. I glad it was her cause I might have gone to jail for hurting someone.  They left and didn’t work on the house that day. The guy felt so bad, his boss called us and apologized and said that the worker went home for the day he was so upset. (Mer and I both apologize to the guy the next day and we talked it out). I called the landlord when I got to work, all he said was sorry and that he would speak to the siding company… Didn’t even to offer to pay the bill for the vet.

I have lost my best friend, I got him as a puppy and we did everything together. We went everywhere together. There are so many things  I cherish and remember I can’t write them all down.

Kyia is still missing and has been for 3 days at this point. we called the Animal shelter several times a day, they basically told us to stop and they would call us if they found her.

Later that day we did finally get a call from the shelter. Turns out Kyia made her way a couple miles over to the other side of town and was staying with a guy and his two kids, that I happened to go to Karate class with. the shelter gave us his address and we went over to get her.  The guy almost didn’t give her back to us because we didn’t offer him a reward.  In fact, he said, his dog and his kids liked her so much they weren’t going to call the shelter and just keep her.  Feeling the anger grow, we thanked him and quickly went to our car and brought her home.

I don’t know how to wrap this up so that’s the End.  We miss you Eddie! I will see you again someday (but it’ll be a while)